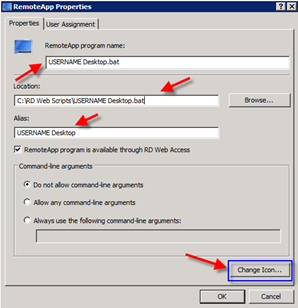 Now go to your RD Web Access site and login. You will see the new desktop icon (batch file) next to your other apps. Go ahead an launch this to test it out. 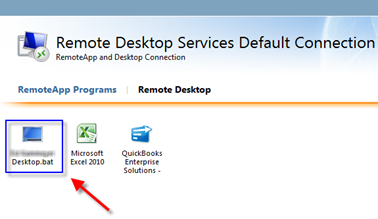 Windows explorer will open in the users desktop on the server. You will know this is a Remote App because it will look different on the Windows task-bar as seen here:

That’s it now the user can save and access their Excel reports at anytime with ease.