This blog post is a follow up to the MMS 2016 session I recently delivered together with Microsoft Azure Stack PM Daniel Savage. The session title is “Future-proof your Career with Azure Stack in the New Hybrid Cloud World!” link here: https://www.buchatech.com/2016/04/presenting-at-mms-2016-azure-stack-backup-oms. 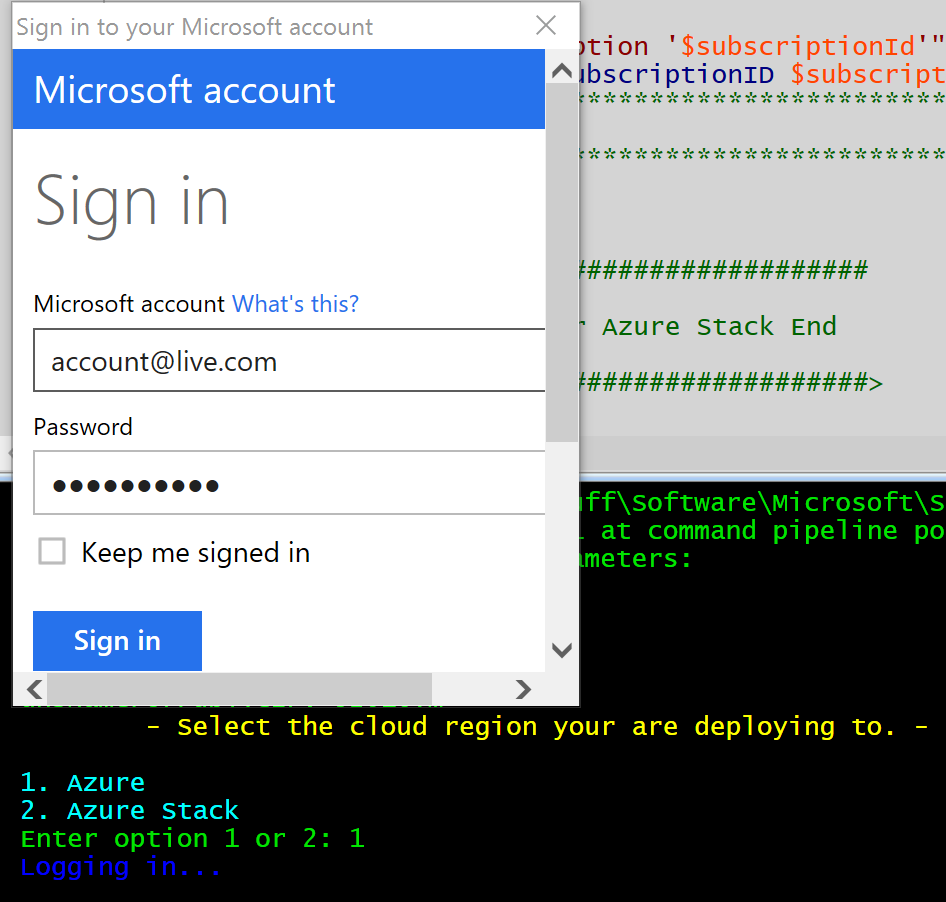 You need to input your subscription ID.

Specify the region you want to deploy to. 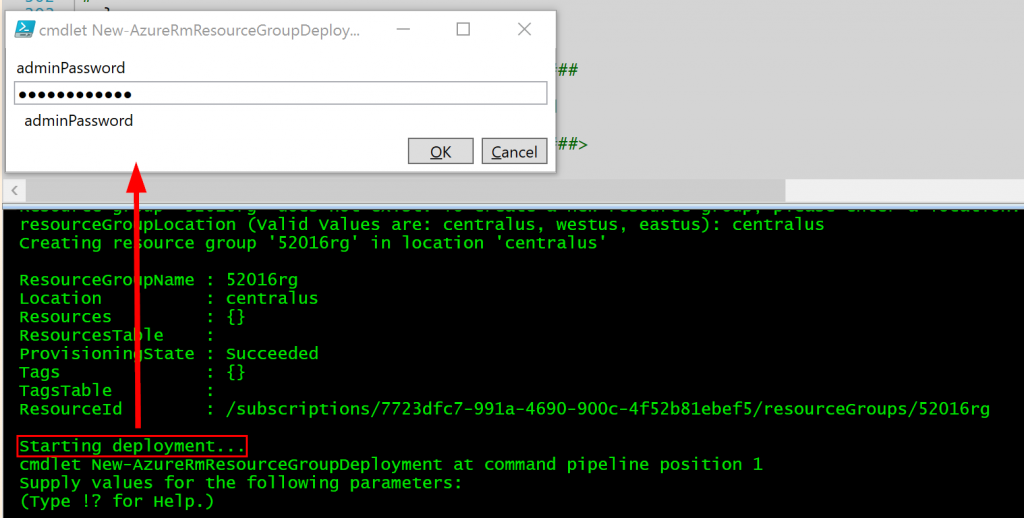 After entering the admin password the deployment starts. When it is finished you will see a success message and the Azure portal will be launched in your default browser. 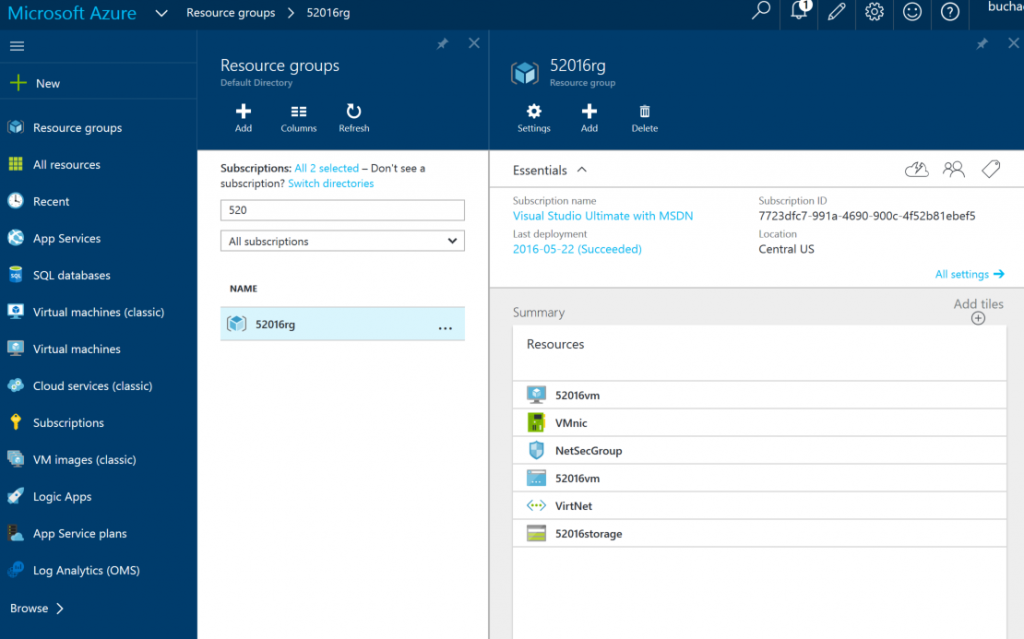 Note here that the script adds the Azure Stack environment and authenticates it with PowerShell. This is a step we did not have to do when deploying to Azure. 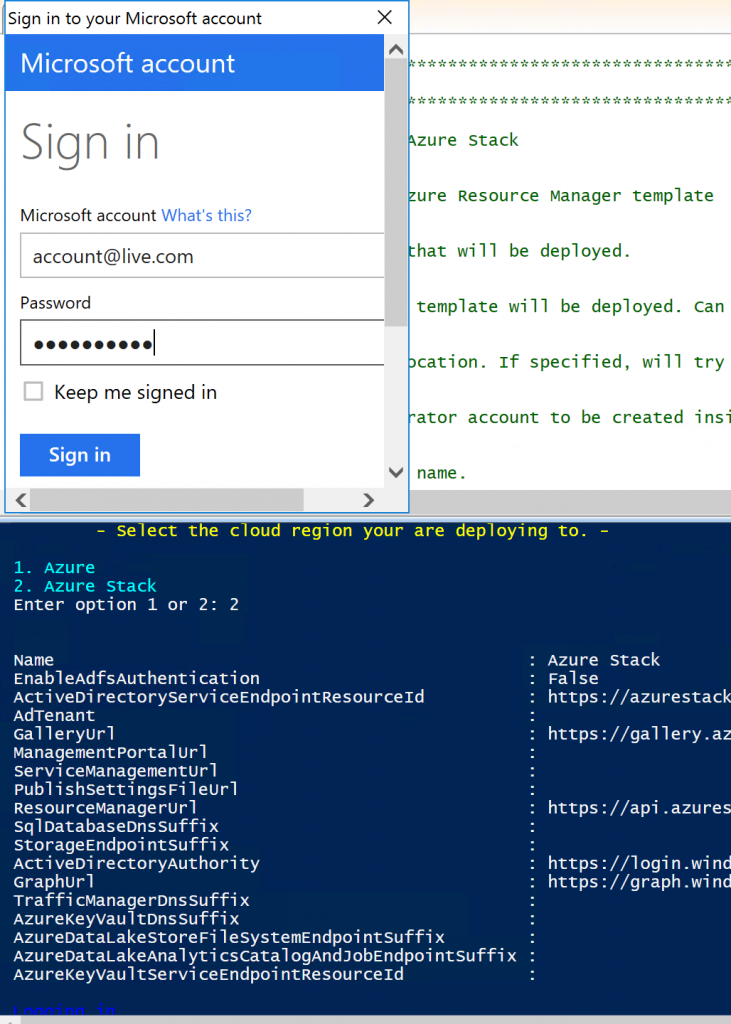 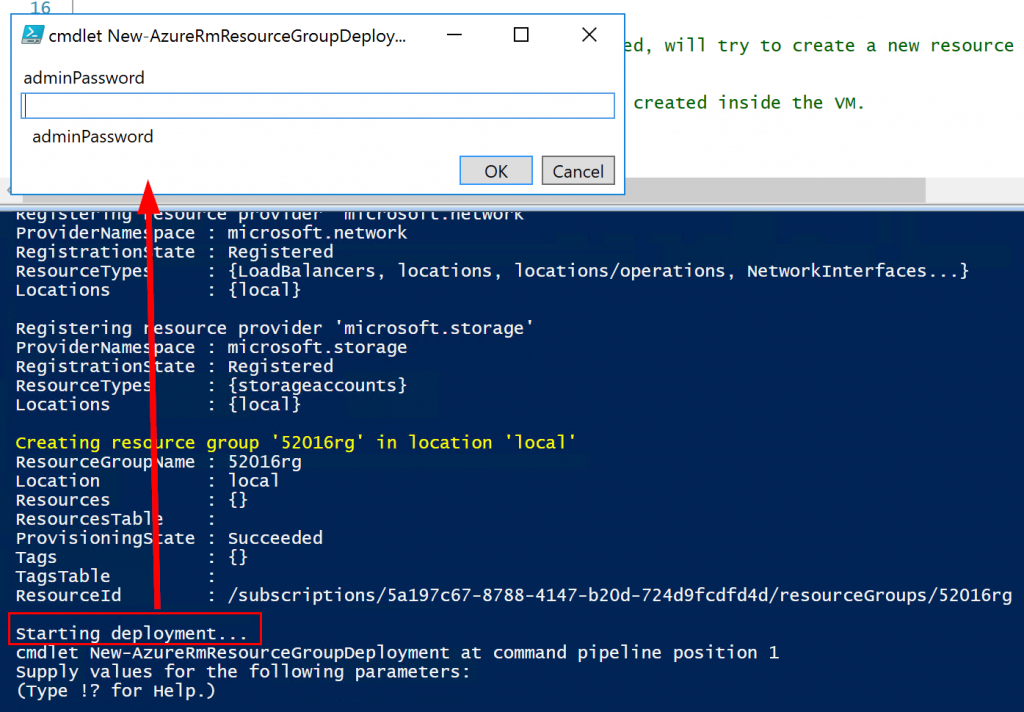 After entering the admin password the deployment starts. When it is finished you will see a success message and the Azure Stack portal will be launched in your default browser. Note that on Azure Stack you could look at Hyper-V manager or fail-over cluster manager and see the new VM spinning up as shown in the following screenshot. 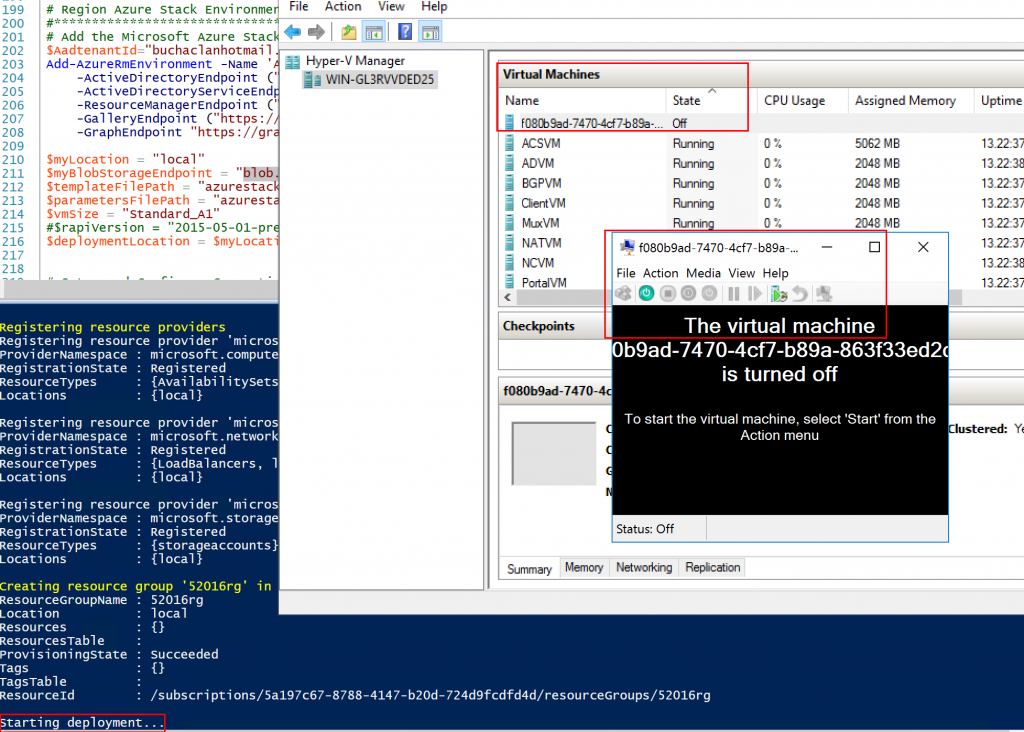 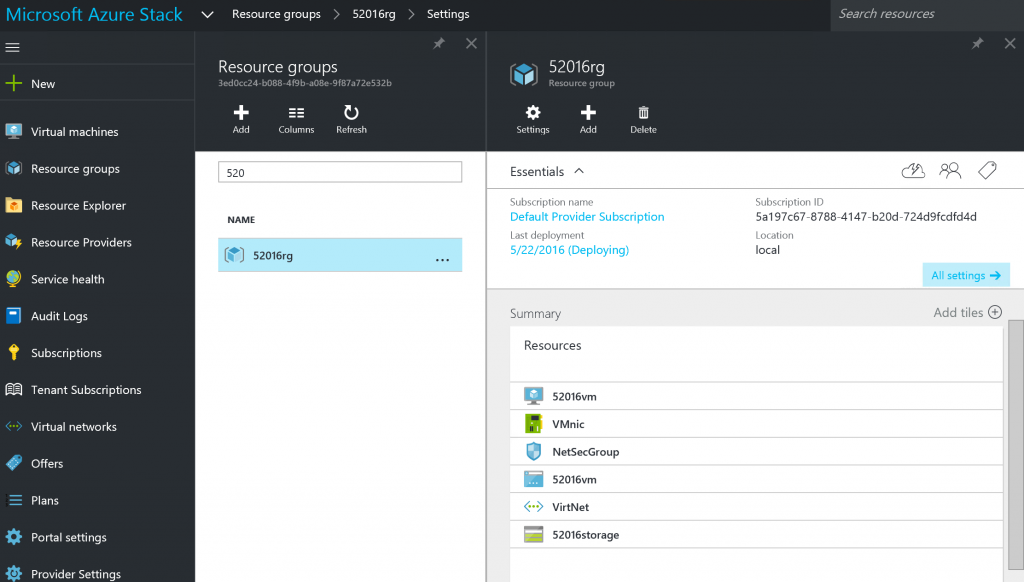 In this blog post I gave an example of deploying a VM. With the use of ARM templates you can deploy many other things beyond VM’s. The possibilities that ARM brings to the table along with the whole idea of Hybrid Cloud are exciting. That wraps up this blog post. You can download the JSON file and PowerShell script here:

1 thought on “Write once, deploy anywhere (Azure or Azure Stack)”